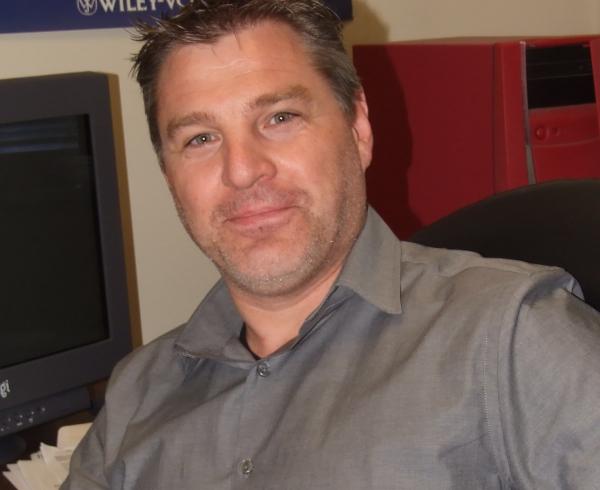 He received his undergraduate training and his Ph.D from Université Henri Poincaré-Nancy I(France) under the guidance of Dr. Yves Chapleur within the Groupe SUCRES (UMR CNRS 7565). He carried out thesis research on computer-aided design and synthesis of carbohydrate-based biologically relevant molecules. He was first involved in the design and preparation of IP3 and Adenophostin A mimics using Sharpless asymmetric dihydroxylation as a key reaction. In collaboration with a theoretical chemistry group, he then focused on the computer-aided design and synthesis of carbohydrate-based antagonists of integrins.

In 1998, he moved to Montréal where he joined Prof. Stephen Hanessian group. His interests involved the docking study and the asymmetric synthesis of conformationally constrained MMP inhibitors. He was also involved in a project related to the preparation of aminoglycosides as antibiotics and in the design and preparation of BACE-1 inhibitors.

In 2001, he moved back to Nancy to start an academic career (Chargé de Recherche, CNRS) then back to Montréal in 2003 (Assistant Professor, McGill University). In 2009, He was promoted to Associate Professor. His current research interests integrates computational chemistry and organic/medicinal chemistry, spanning from software development to sugar chemistry.

In 2008, he received the first Reginald Fessenden Professorship in innovation for the development of the Forecaster platform in drug discovery. In 2009, he was awarded the AstraZeneca Award in Chemistry.

Nicolas is co-author of over 50 publications, 1 copyright, and co-inventor of 2 patents and 4 reports of invention.