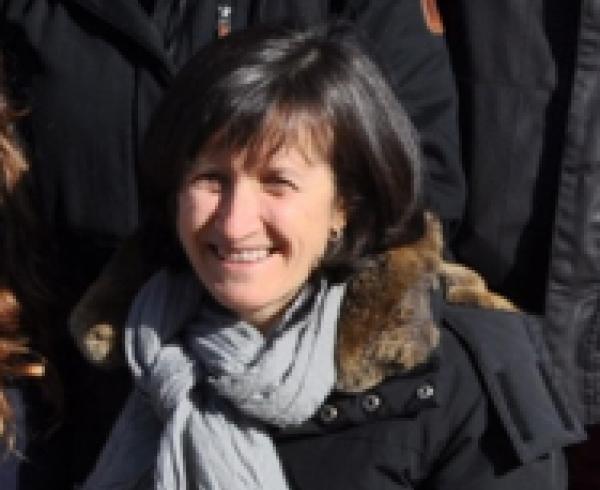 Department of Chemistry, University of Milan

Laura Belvisi graduated in Chemistry at the University of Milan in 1990 and received the PhD in Chemical Sciences from the same University in 1994, after a three-year program on structure-activity relationships studies.

From 2001 to 2011 she was the scientific director of the Molecular Modeling Laboratory at the Interdipartimental Center for bio-molecular Studies and Industrial applications (CISI) of the University of Milan.

Since 2013 she is collaborating to the organization of a Franco-Italian double master degree between the Strasbourg, Paris-Diderot and degli Studi di Milano Universities in the field of molecular modeling and drug design. Her major research interests are focused on the application of a broad range of computational modelling techniques for the design and the study of structural and functional mimics of biomolecules, such as peptides and carbohydrates, which play a key role in the function of biological systems and in the etiology of many pathologic processes.

Her research relies on the integrated use of molecular mechanics, computer simulations and docking calculations with experimental information (X-ray, NMR) and is aimed at defining structure and dynamics of peptidomimetics, glycomimetics and their complexes with the target protein. In particular, she gained experience in the field of peptidomimetic modulators of protein-protein interactions involving apoptosis proteins or adhesion molecules, such as some integrin subtypes essential for tumor angiogenesis.

She contributed to the field by designing and investigating cyclic peptidomimetic integrin ligands displaying nanomolar affinity toward several integrins relevant in cancer biology, and by taking part to their exploitation as targeting agents for tumor-directed delivery of diagnostics or therapeutics, and as probes to interrogate the signaling pathways downstream of integrins.

She has co-authored 75 articles in peer reviewed international journals and 4 patents.