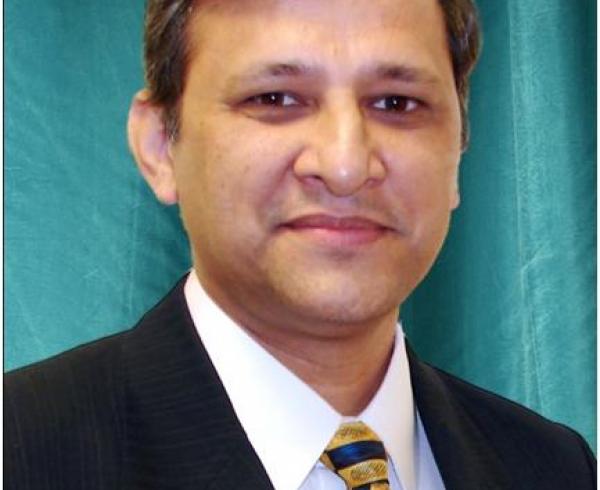 Professor Alok Dhawan, Director, Institute of Life Sciences, Ahmedabad University, Gujarat, on lien from CSIR-Indian Institute of Toxicology Research, Lucknow where he is Principal Scientist and Area Coordinator, Nanomaterial Toxicology Group. He obtained his Ph.D. Biochemistry from University of Lucknow, India in 1991.

He pioneered the identification of peripheral biomarkers of exposure, effect and susceptibility to xenobiotics. Using DNA damage in lymphocytes as a biomarker of exposure, he has established the reference values for DNA damage in healthy Indian population. He also developed and validated Drosophila melanogaster for in vivo genotoxicity assessment. These can have far reaching applications in predicting the adverse health effects of drugs and chemicals on human health. He was instrumental in promoting the cause of alternate to animal models in toxicology including in silico models.

Professor Dhawan has won several honours and awards including the INSA Young Scientist Medal in 1994, CSIR Young Scientist Award in 1999 the Shakuntala Amir Chand Prize of ICMR in 2002 and the Vigyan Ratna by the Council of Science and Technology, UP in 2011.

His work in the area of nanomaterial toxicology has won him international accolades as well and he was awarded two Indo-UK projects under the prestigious UK-IERI programme. He also has two European Union Projects under the FP7 and New INDIGO programmes.

He has to his credit over 100 publications in peer reviewed international journals. Five reviews/book chapters. Four patents, one copyright and the Comet assay website www.cometassayindia.org. He has also been a Guest Editor of a special issue of the journal Nanotoxicology (Supplement 1, 2008) and Volume 3(1) 2009 published by Taylor and Francis group, UK. He has edited a book along with Prof. Diana Anderson entitled The Comet Assay In Toxicology which has been published by The Royal Society of Chemistry, UK under its series on Issues in Toxicology.

He is the Editor-In-Chief, Journal of Translational Toxicology published by American Scientific Publishers, USA and serves as the Member, Editorial Board of Mutagenesis, Mutation Research Reviews and other international journals of repute.