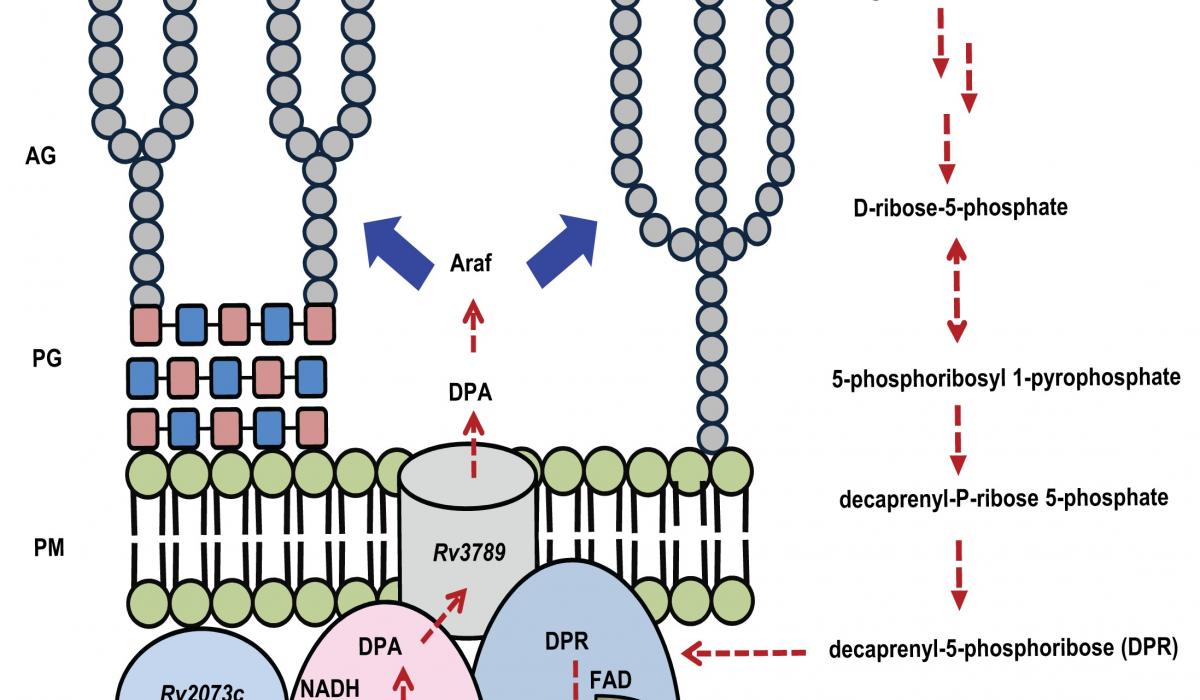 We used homology modeling, protein threading, molecular docking and dynamics studies to investigate the structural and dynamic features of Mtb DprE1 and DprE2 and DprE1-DprE2 complex.

A three-dimensional model for DprE2 was generated using the threading approach coupled with ab initio modeling. A 50 ns simulation of DprE1 and DprE2 revealed the overall stability of the structures.

Principal Component Analysis (PCA) demonstrated the convergence of sampling in both DprE1 and DprE2. In DprE1, residues in the 269–330 area showed considerable fluctuation in agreement with the regions of disorder observed in the reported crystal structures. In DprE2, large fluctuations were detected in residues 95–113, 146–157, and 197–226.

The study combined docking and MD simulation studies to map and characterize the key residues involved in DprE1-DprE2 interaction. A 60 ns MD simulation for DprE1-DprE2 complex was also performed. Analysis of data revealed that the docked complex is stabilized by H-bonding, hydrophobic and ionic interactions.

he findings have important implications in tuberculosis (TB) drug discovery and will facilitate drug development efforts against TB.